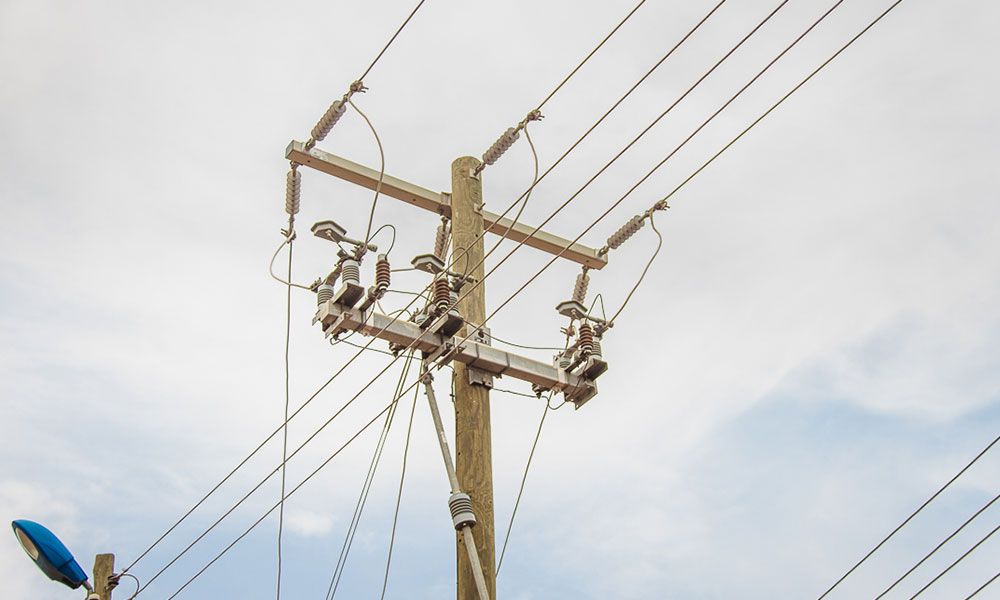 Since 2018, TKG has worked with Mathematica as the local partner on the Liberia Energy Project. As a background, the Millennium Challenge Corporation (MCC) was established in January 2004 as a United States government corporation. MCC’s mission is to reduce poverty by supporting economic growth in developing countries that create and maintain sound policy environments. MCC is designed to support innovative strategies and ensure accountability for measurable results.

On October 2, 2015, MCC signed an agreement with the Government of Liberia to implement the Liberia Compact. The Compact, which entered into force on January 20, 2016, aims to stimulate economic growth and reduce poverty in Liberia through investments in road and electricity infrastructure. Under the Compact, the Energy Project aims to modernize Liberia’s energy network, extend access to electricity, and improve the quality and reliability of the country’s power system through four activities and cross-cutting gender and social inclusion investments. To assess impact, Mathematica has been engaged as the evaluation partner and TKG as the local partner. TKG is tasked with collecting reliable, high-quality qualitative and quantitative data from households, small, medium, and large businesses, and public institutions.

TKG is collecting data from around Greater Monrovia, Bomi, and Kakata. The data collection activities consist of:
• A census/listing of households and small businesses
• A community survey/observation
• Surveys and focus group discussions with sampled households and small businesses
• Surveys and interviews with a separate sample of medium and large businesses and public institutions.
• Interviews with stakeholders from the businesses, local government, the public sector, and independent power producers. 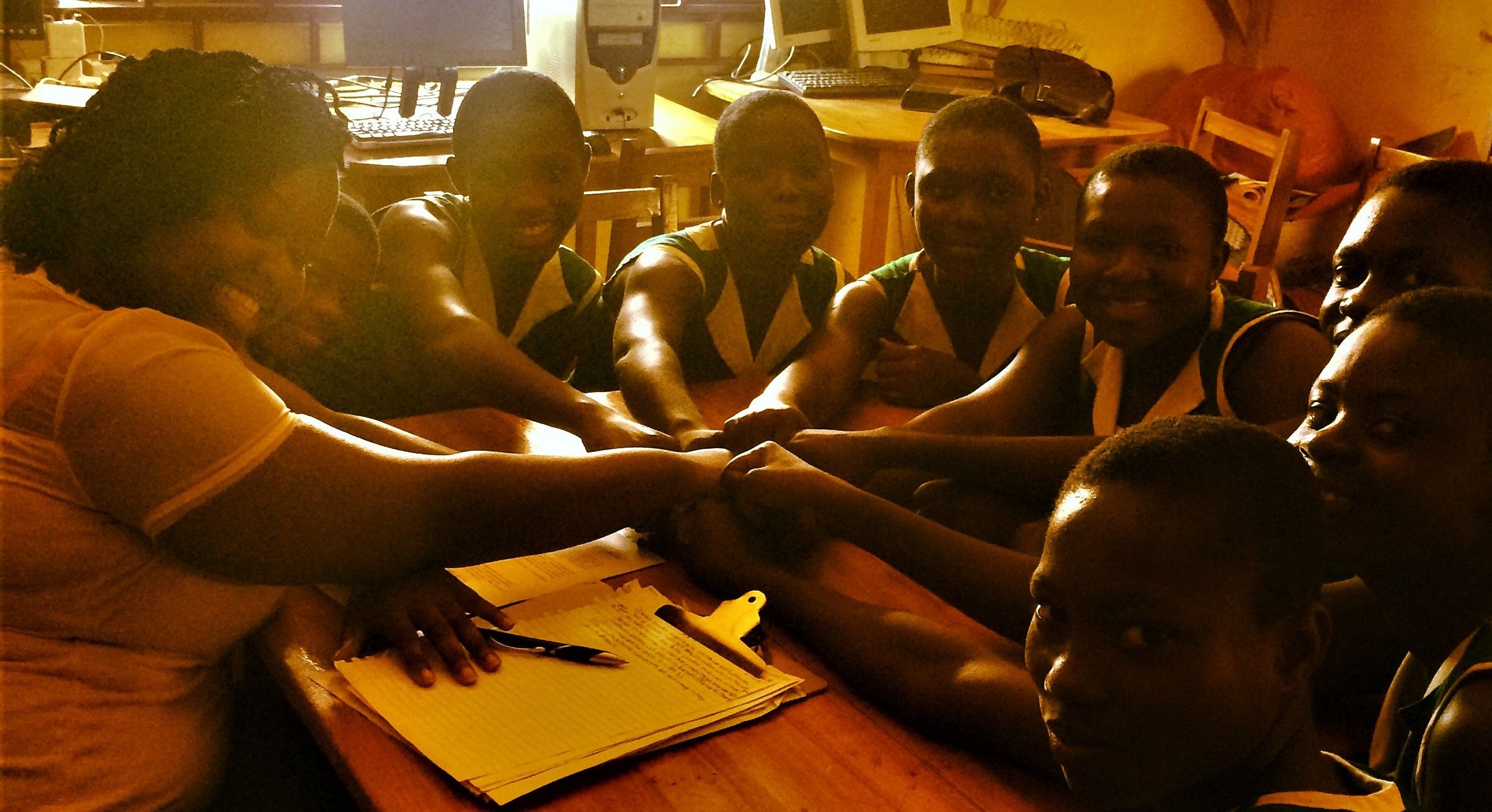 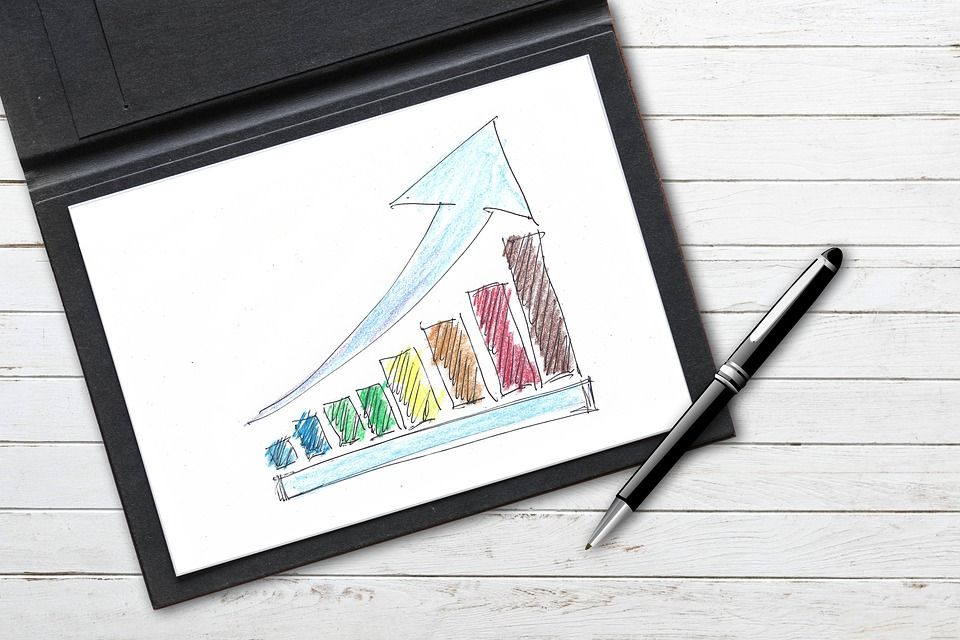 The Khana Group was retained as the national partner for the Grantees Capacity Assessment of the Bill and Melinda Gates Advocacy Project. The purpose of the review was to i) to generate a robust picture of grantee organizations’ advocacy and communications capacity, ii)to provide a framework to support POs in making informed investments in capacity building, and iii)provide the Grant Professionals Association (GPA) leaders with directional information about the effectiveness of grantees’ advocacy and communications efforts.

TKG adopted a holistic approach that involved the following:
Advocacy and Communication self-assessment: TKG assessed the capacity of grantee organisations where surveys were conducted with staff with different roles.

External Stakeholders: Surveys were conducted external stakeholders such as targets of advocacy and communication work to gain inputs on how to improve organisations’ capacity.

Facilitated Review: TKG collated and analysed data from the organisations and stakeholders and came up with a final report, outlining the grantee’s areas of strength as well as areas for growth. 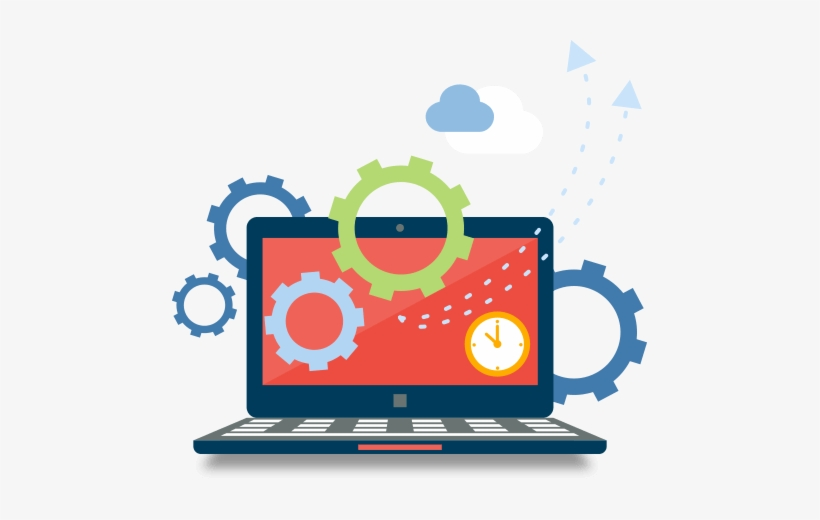 THE KHANA GROUP CASE STUDY: SUPPORTING THE GOVERNMENT OF LIBERIA IN ITS EFFORTS TO ACHIEVE E-GOVERNMENT AND ALIGN ICT INITIATIVES WITH ITS BROADER AGENDA FOR ECONOMIC GROWTH

The Government of Liberia (GoL) has defined a strategic objective to initiate e-Government programs that support its broader strategy for economic growth. These programs required a holistic response to service delivery, requiring interoperability of systems, improved collaboration within and across Ministries, Agencies and Commissions (MACs), and sharing of resources. Currently each institution has an IT unit, composed of IT officers providing desktop support services, repairs to equipment and deployment of new equipment. These IT teams had little capacity and were typically under-resourced and hard-pressed to provide adequate services to their host institutions. Teams are siloed within their units, and there were no institutional arrangements to encourage lateral collaboration across MACs.

The Khana Group was engaged to design an ICT organizational assessment to assess the necessity for, and plan a possible re- organization of the GoL’s ICT competencies and resources.

TKG developed a set of assessments to understand the current state of ICT within the GoL, hold workshops to understand the desired future state and then advise on the restructuring of the ICT competency in GoL. The following key assessments were conducted:
• IT unit skills and competencies required to achieve e-government objectives
• Structural arrangements of IT resources in MACs and across GoL
• Strategy for the induction and alignment of a Chief Information Office within the institutions, and their reporting and oversight roles
• Sourcing arrangements for ICT initiatives
Based on the assessments, TKG crafted key recommendations and strategies based on the local context with the following key deliverables:
• Enhancing Structure, Staffing and Professional Leadership
• Improving Communication and Collaboration within IT Units and across MACs
• Policy, Legal and Funding Model for ICT within the GoL
• GoL ICT Shared Service Reference Model
• Governance model for an ICT Shared Service Model
• ICT Agency Operations Model 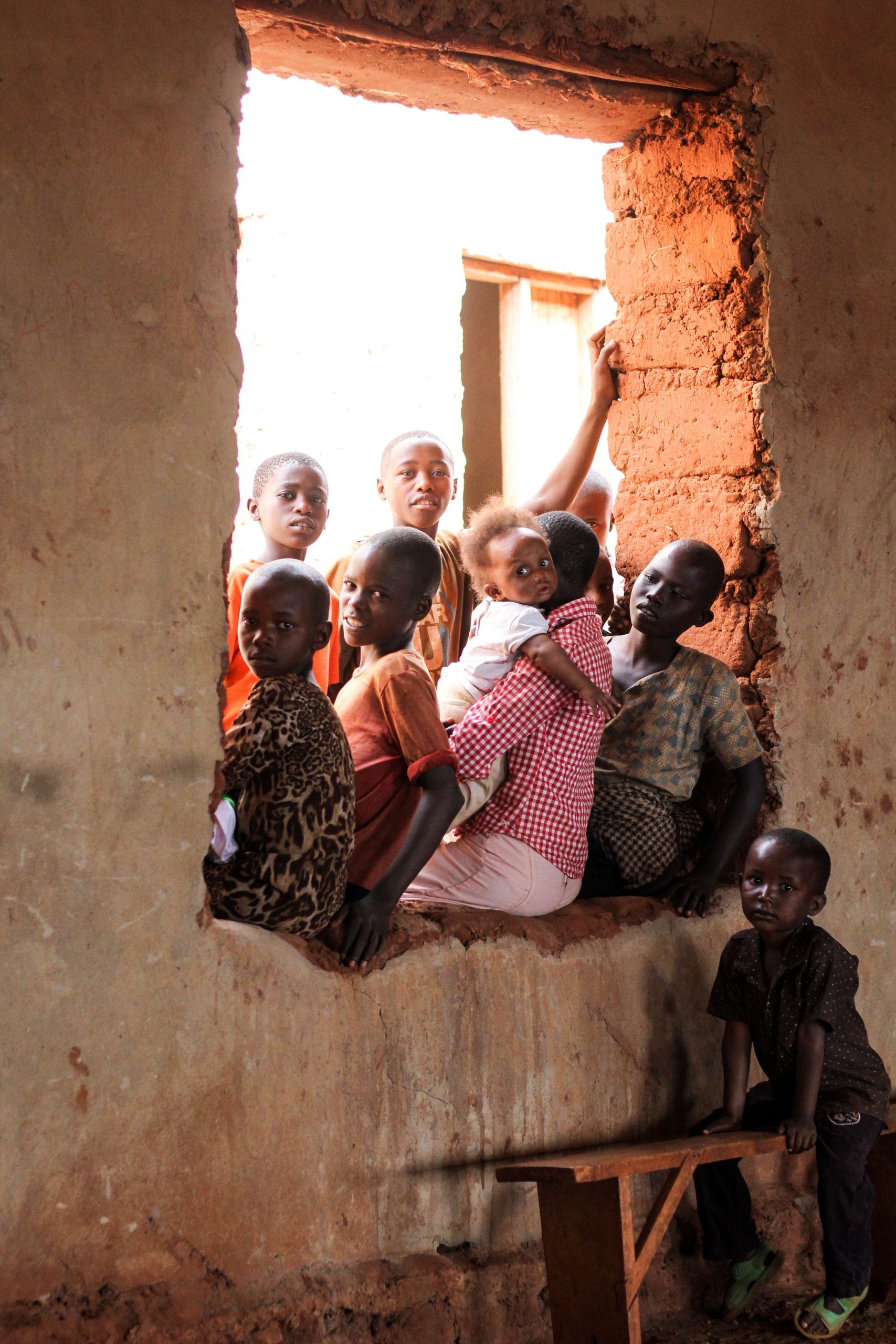 Actions to Reduce Child Labor (ARCH) was a project funded by the United States Department of Labor (USDOL) and implemented by Winrock International. TKG was contracted to conduct the end-line study for the ARCH project to assess measurable changes throughout the lifespan of the project and to compare the findings from both the baseline and end-line study.TKG surveyed 20 out of 25 ARCH project communities, 2,275 households and 3,077 children. The Khana Group i) provided an in-depth analysis of the prevalence of child labor for children ages 5-15 and those involved in hazardous work from ages 16-17 in rubber producing areas, ii)ascertained the various forms of child labor predominant in rubber sector districts, iii)analyzed rigorously the involvement of rubber companies and or workers groups and trade unions in the target communities, and iv)evaluated how target households, rubber industry stakeholders and general public have changed their perceptions toward child labor. TKG used mixed methodology with data collection conducted in two phases. During Phase 1, survey respondents were selected from the 15 communities that were sampled during the baseline. And during the phase two another 10 ARCH project communities that did not participate in the baseline were sampled. 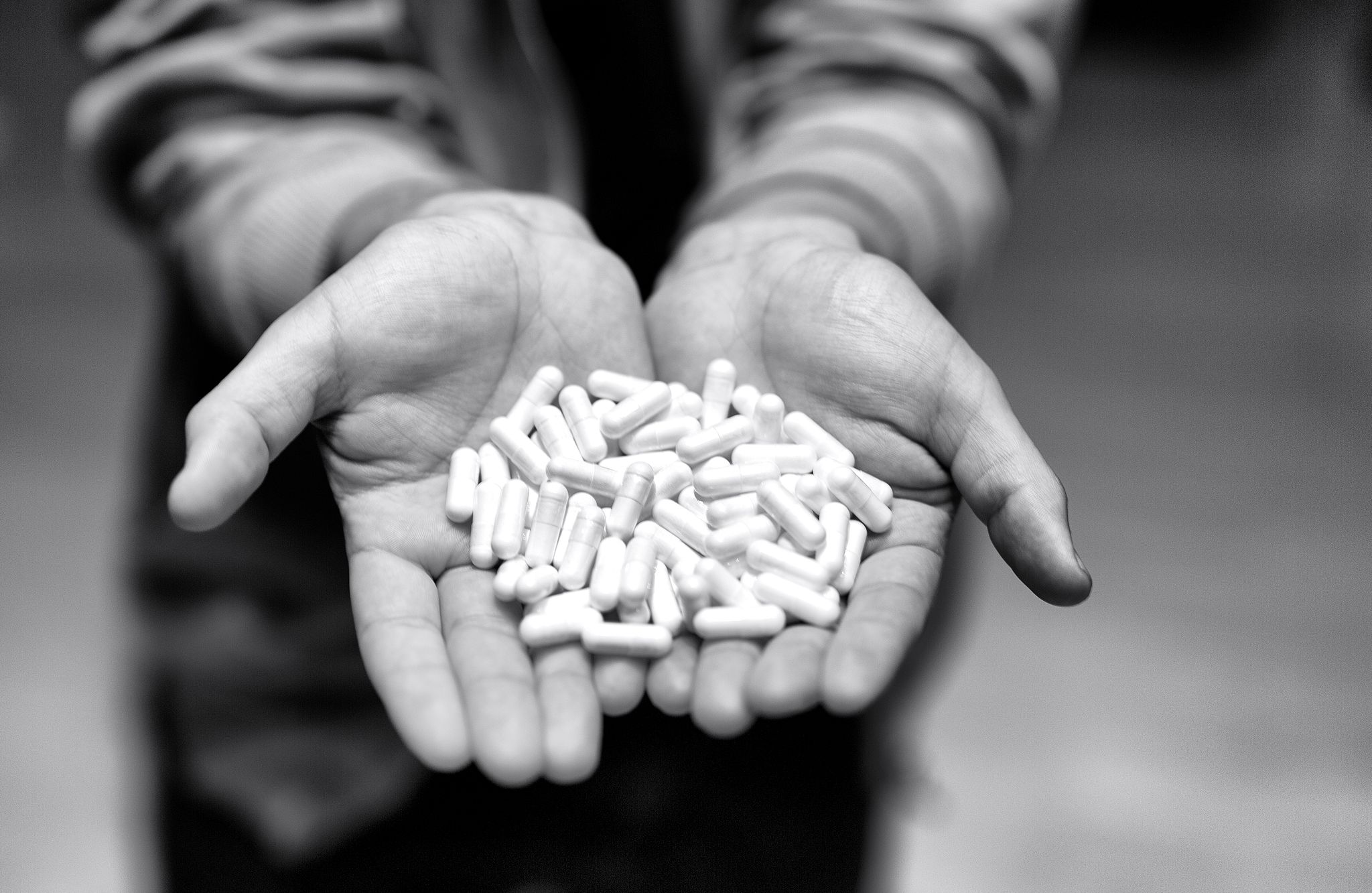 THE KHANA GROUP CASE STUDY: NATIONAL SITUATIONAL AND NEEDS ASSESSMENT OF HIV, HEPATITIS B&C, TB, AND DRUG USE IN PRISONS IN GHANA

UNODC, in collaboration with ECOWAS is implementing the project – “Support to ECOWAS Regional Action Plan on Illicit Drug Trafficking, Organized Crime related to it and Drug Abuse in West Africa” funded by the European Union.

Among the four outcomes of the project, Outcome 2 aimed to ensure that harmonized information on drug abuse epidemiology and data collection are available in the region. Output 2.5 relates to the conduct of research on epidemiology of drug abuse (including HIV/AIDS within drug users’ groups) in selected countries in West Africa.

TKG in collaboration with the Principal Investigator and national stakeholders implemented this research study across 21 prisons institutions and correctional facilities nationwide.

The nationwide study used a mixed method approach where both quantitative and qualitative data were collected. Quantitative data was collected using GPS-enabled tablets with the SurveyCTO application. 1,056 prison inmates and 435 prison staff were interviewed for this exercise. Also, 7 Focus Group Discussion (FGD) and 7 Key Informant Interviews (KII) were conducted.